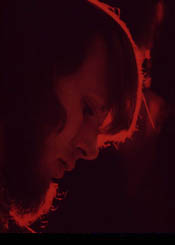 All four albums are available for full length listening, and can be purchased in high quality download formats including MP3, FLAC, and more. Factory sealed CD's are also available for "The Road Goes On" album. To learn more, please visit alanmunson.bandcamp.com.

A feature article/artist interview was published in the European-based "It's Psychedelic Baby" music magazine. The article provides a comprehensive view of Alan's music work and album releases over the years. View the interview here.

The "Cooley - Munson Duo" is Back, With Another Album Release on the Way!

Bill Cooley and Alan Munson played in rock bands together in California during the '70's, and eventually formed the "Cooley - Munson Duo". Between them, they have recorded and released seven (7) record albums over the years, and together they recorded the very popular Cooley-Munson "IN DEBT" album.

In March of this year, Bill and Alan decided to re-form the Cooley-Munson Duo, and they are already working on a new album project, with 10 original songs. Recording sessions start in early June and a new Cooley - Munson album is targeted for market release this coming August. Expect some magic from this renewed collaboration! Please check back for further details and updates on the upcoming album release.

Alan wrote and arranged all 10 songs included on this new CD release. The music style is a fairly laid-back, rock-based sound, with some folk-rock and blues influences coming through. Strong emphasis on lyrical content and up-front vocals. Alan performs all lead and background vocals; plays electric, acoustic and bass guitars, keyboards and percussion. The same great harmony vocals, the same top-notch songwriting. Old mate Bill Cooley of Cooley-Munson fame shows up to collaborate on the song 'The Road Goes On'. CD has an 8-page booklet with lyrics.

Alan Munson is well known to the fans of both Singer-Songwriter and Psychedelic music, for his miraculous early LP album releases. At last, he has released a new CD album "The Road Goes On". This wonderful album renews your sense of Alan's talent as a melody maker. From the very first track, the soft vocals and the mellow sound, you will surely understand it is a great album.

Alan Munson is a singer-songwriter revered in the Acid Archives universe who recorded three small masterpieces over the course of the 70s in California. Following LP and CD reissues by Guerssen Records, Munson returned in 2009 with The Road Goes On and proved that he has not missed a step in the intervening years.

Alan Munson albums have recently been released on the Yoga Records label, as digital downloads in MP3 and FLAC formats. Album download releases are now available from Bandcamp and other popular sales locations. Please visit his page at Yoga Records for album reviews, photos and more info.

Alan Munson's discography, album reviews and artist interview have been included in a recent book entitled "PSYCHEDELIC MOODS - A Young Person's Guide to Psychedelic Music", described as the "first ever" Psychedelic Rock Guide published in Japan.

The 140 page book includes reviews of 400+ album titles. Includes interview pages with legendary Psychedelic Rock artists such as Bobb Trimble, Alan Munson, Damon, and record labels such as "Shadoks" and "World Of Sound".

12 MARCH 2008 - When we first contacted Alan Munson to license the reissue of the LP "In Debt" from the duo COOLEY & MUNSON, we could not have foreseen that we would end up releasing all of his records, including his solo LP albums "First Light" and "Good Morning World". This latter album was originally released solely on cassette. We, at Guerssen, remained with our mouths wide open while we listened to it!!! Now we can offer our customers these three wonderful re-mastered discs in all luxury from Guerssen. All three albums are now available in CD format. The "In Debt" and "Good Morning World" albums are also being released as vinyl LP's, and are available worldwide. For worldwide record sales and ordering locations, see Where to Buy.

The "First light" album doesn't easily fit into a music category box. The songs range from psych rock, to some fairly "laid back" folk-rock, and even a song with a country rock feel. Instruments played on the record include electric and acoustic guitars, electric bass and drums. Lead solos are all played on electric guitar; a "clean" sound on the acoustic based songs and guitar effects were used on the psych rock songs. Strong lead vocals and background harmony vocals, making this another excellent album as a result. Also one unreleased bonus track is added, all remastered from the original tapes. First time ever reissue as well, the CD comes with a booklet, and outer carton slimcase.

The mellow vocals and acoustic guitar, background vocals and harmony are interwoven into a beautiful sound that is absolutely fabulous. It is sure to become one of the albums you want to include in your favorites of 2008. Amazing!! - Disk Union Tokyo, Japan

Alan Munson, the songwriter of Cooley-Munson duo, continued the folk-rock way. It took him some time, but in 1975 he was ready for what is (for him, and for me too), his best 70's work. We. at Guerssen, think "Good Morning World" is a killer album!

Incredibly, "Good Morning World" was only released in cassette, and in a limited run. Under these circumstances, I'm so glad to put this out at last the way it should be. "Good Morning World" includes nine original, acoustic based songs with a mellow psych and folk rock sound across this album. Meaningful and understandable lyrics, delivered by "close-up" lead vocals, and background harmony vocals. Instruments played on the album include 6 string acoustic guitar, 12 string acoustic guitar, electric bass and percussion.

Vinyl pressing comes with an insert with liner notes and unseen photos. CD version with nice booklet with the same info and notes, as well as the outer carton slimcase.

Alan's appeal is in his ability as a songwriter and composer as well as his sweet vocals. With an electric sound as a back-up, he skillfully utilizes the beautiful acoustic sounds. Already having composed more than 400 songs, we can only hope that with this comeback Alan will continue to provide us with more beautiful sounds. - Disk Union, Tokyo, Japan

The beautiful vocal harmonies on this solo album are still there, as if he never quit as a duo... - "Psyche Van Het Folk", Radio Centraal, Antwerp, Belgium

"In Debt" is a major collectable item with the folk-rock and psychedelic rock listeners and collectors. Today, original copies of this record fetch quite interesting sums when changing hands in record fairs or internet auctions.

All tracks are original compositions, and the style is very personal. It's folk-rock, but many tracks are quite psychedelic too. But don't look close for influences, they will not come to mind that easily. Bill and Alan had their own psychedelic folk-rock style.

Never reissued before in any format, now here we come with a splendid reissue. Remastered sound taken from the original mastertapes, and including an insert with linernotes and unseen pictures. A must!! CD version comes with booklet and outer slimcase.

One of the greatest private folk-rock releases of all time ... killer record. - Academy Records NY

"In Debt" is a serious collectable, private pressed LP by Cooley-Munson. A combination of minimal production, and quirky psychedelic folk-rock, this extremely catchy album deserves every bit of hype it continues to receive. - Anthology Records

An overview and reviews of the Cooley-Munson "In Debt" and Alan Munson "First Light" albums have been included in a book entitled "The Acid Archives" (by Lundborg/Milenski/Moore). This book publication is described as "the first ever comprehensive guide to the vintage musical underground of North America".